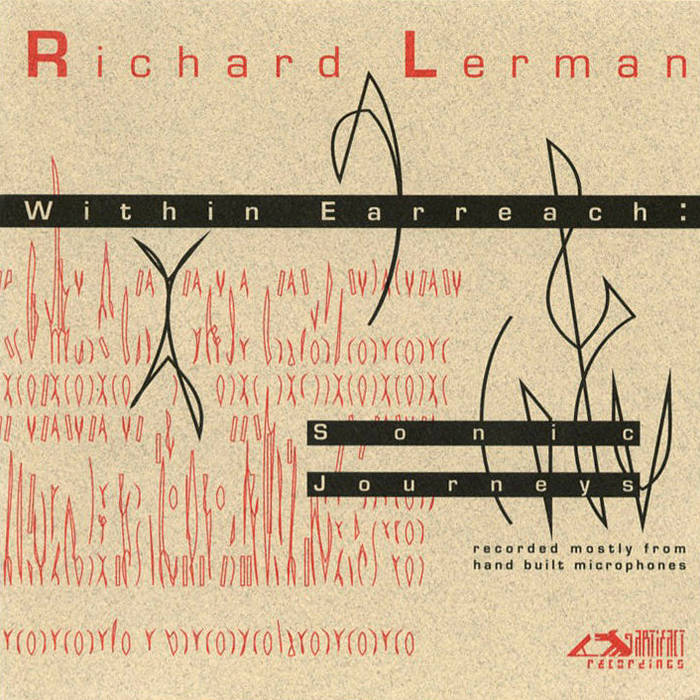 In 1984, when I began these pieces, the working title was AUDIO TRANSDUCER SERIES PIECES. The pieces have been recorded either at site-specific sound installations or as soundscapes. I envisioned an open-ended series of sonic explorations which was to be recorded mostly using self-built microphones and transducers. I reasoned that if the human experience of hearing was based on vibrations striking the surface of the ear drum, then we might also experience sound as perceived/recorded through other ear drums. And, since all objects and materials anywhere are vibrated by sound, one could hear the sound coaxed from these “other ear-drums” by creative and investigative recording techniques.

It was in 1978 that I first built piezo electric transducers for TRAVELON GAMELON, for amplified bicycles. I had entered a world of sound that literally explored MICRO-phone — small sounds made large. The piezo disks I worked with provided the technical possibilities at a very modest price. Soon, I began to build specific preamps for specific piezo disks, to capture what I felt was the best possible audio. I have investigated hundreds of sources of piezo materials, and used them both as microphones and loudspeakers.

Early transducer pieces involved attaching piezo devices to found objects — including window screens (brass, bronze and copper), metal sheets, lengths of string (windharps), glass, cards…. To my delight, every object so amplified had its own sonic flavor, and also captured sounds from the environment. Later, I began to attach the piezo devices to cactus thorns, leaves and other growing things.

Many of the recording situations in this CD provide the listener with visual and sonic images. I hope these pieces make the “microphones,” materials, and locations more tangible to the listener. The pieces on the CD should be listened to in different sequences, geographical or otherwise. They are now in a sonic order. I will extend this CD into live performance using computer and audio technologies. Recording mediums have mostly been audio cassette tape, super 8 film, video 8, and a few on DAT.

I have received grants to support portions of this work from organizations including the Asian Cultural Council, the John Simon Guggenheim Foundation, the Massachusetts Council on the Arts, Meet the Composer and the Mellon Foundation.